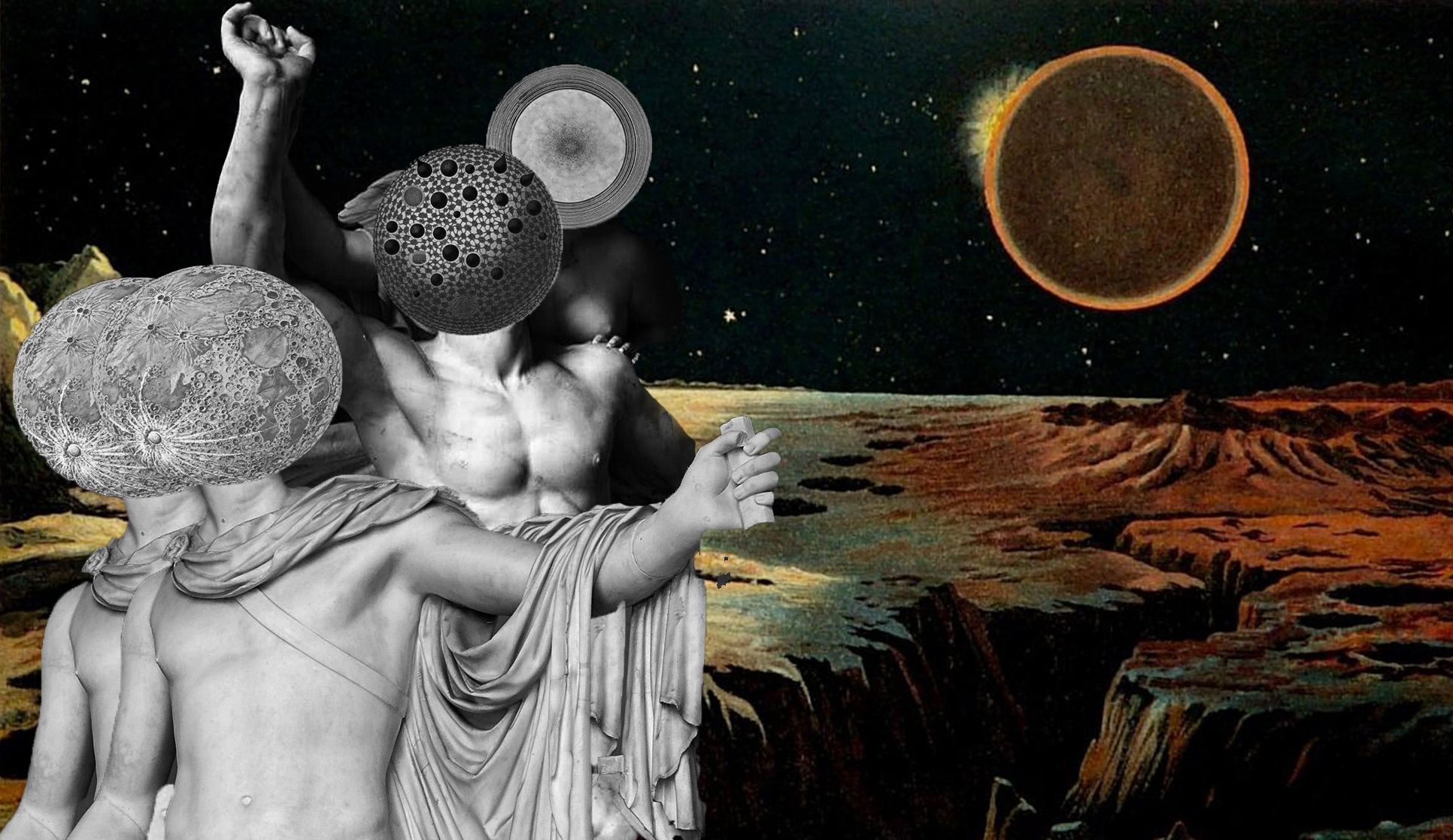 Alterity and the Axioms of Libidinal Economy

First of all, clear the ground. Throw away what the word “exoticism” contains of rancid and mystified. Strip off all its trappings: the coconut palm and the camel, the colonial helmet, the black skins, and the yellow sun… And at the same time, get rid of all of those who used them with boorish facondia. It won’t be a question, then, of the Bonneteins, or the Ajalberts, or the programs of the Cook agencies, or the hasty and verbose travelers… What a nauseating evacuation! Next, let us strip the word “exoticism” of its purely tropical, geographical meaning. Exoticism is given not only in space, but also in time. And to arrive very quickly at defining, at fixing the sensation of Exoticism. Which is nothing other than the notion of the different; the perception of the Different; the knowledge that something is not itself; and the power of Exoticism, that is, the faculty of conceiving something else. Once we have reached the progressive shrinking of a notion apparently so vast as to be able to understand the World and the Worlds; once freed from the innumerable slags, smudges, stains, ferments and mold that such a long use – and so many mouths, so many prostituted hands and tourists – had left you; once in possession of this notion in the state of a clear and vivid idea: let it regain flesh, and like a germ, this time pure, allow it to develop freely, with joy, without hindrance and without overload, until it takes possession of all the sensorial and intelligible riches it will encounter in its expansion and until, swelling with everything, it in turn
embellishes and revives everything.

– Essay on exoticism. An aesthetic of diversity,
Victor Segalen

Hominids’ passage from animals with a predominantly vegetarian diet – and in any case with a bone and muscle structure not suitable for predation – to organized hunters is still something under definition. Some researchers have affirmed the possibility that, between being prey and becoming predators, the first men could have passed a phase, not even short, as scavengers. Humans imitated animals like hyenas. This happened in the face of a substantial difference with those scavenger animals: the latter were physically “suitable” for this practice, while men were not. The jaws of hyenas, their strong cervical muscles and the bone structure of shoulders and back made them, and makes them, beings able to break bones and extract shreds of flesh in a efficient way. The first men were not able to do that, they would have needed prosthesis, which today are also our main sources of information on that stage of our evolution – together with rock paintings, where mainly animals were represented. “The most parsimonious hypothesis to explain the cognitive aspects of their survival strategy is a group survival strategy based on mimesis” (S. L. Hurley, N.Chater, 2005, p. 284). The first men imitated to survive. Nothing strange, mimesis is not a purely human ability. What is peculiar about human mimesis, however, is a unique way of relating to the imitated, since, as a matter of fact, we witnessed man’s passage, in the food chain, from victim of predation and scavenger animal, to predator. Man imitates to make his own, to become what he imitates. The simulation aims to take possession of the object that the imitated one “possesses”. Girard has spent a lot of words in order to articulate the theory of the mimetic desire: the actions of the man are voted to imitate the one who is perceived in a position of advantage, and such “raising it to a model” pushes the imitator until the hatred and the envy for the imitated. You imitate because you want the advantage possessed by the other. The repetition of the irreducible difference is a victim of predation – the appropriation of difference is like those great cats of the Pleistocene: it is fanged, and aims at the throat.

Travel agencies, in the 90s, used to advertise their products through photos of heavenly places accompanied by advantageous travel offers for families in search of the longed-for rest, after a year of work. The photos had as their object, most of the time, white sandy beaches, framed by palm groves, and bathed by unreal blue waters, of which no one could ever leave concrete evidence. The beaches of Polynesia, for an Italian person of those years, would always have been more satisfying than a vacation in an equally pictorial place of Sardinia, for some reason.

There was something more appealing, in Polynesia, even with the same landscape and comfort. This object is in common between Polynesia and the forests in the middle of which the Congo River is nestled in Heart of Darkness and is manifested in the tension that led many young, and not so young, individuals to places never mapped before, during the era of great explorations. This object is the exotic.

The origin of the word is not even particularly evocative: eksōtikós literally means “coming from outside”. In the exotic, which in modernity has taken on the meaning of different from the everyday experience, which is there waiting to be seen, to be decoded, the “outside” survives in silence. The latter is a concept so generic and broad that it is also difficult to picture. Outside is everything that is not inside. But inside what? Moreover, in the original Greek language, exotic is what comes from outside, therefore it is directed towards a generic inside. It is like being besieged – because, often, the inside is assimilated to “us”, “our”, the known and the quotidian. For the first men, everything was exotic, and everything “came from outside”, often to tear them apart and feed on their “inside”. Modernity continued the work of war with the outside: it created a very wide and spacious “inside”; a “human” inside, a social inside, a cultural inside, a religious inside. This phenomenon of creation of the Inside is what Sloterdjik describes as Spheropoiesis, that is “creation of spheres”, protective morphological structures – societies, empires, etc.. Modernity has then overturned the act of movement that pertains to the exotic object: it is the outside, it no longer comes, since it is now neutralized in its movement. It is the inside that, in the end, besieges the outside.

In 1968, Gilles Deleuze completed his doctoral thesis and published it under the title Différence et répétition. It is a deep reflection on themes that, in those years, were at the centre of philosophical debate and that are the face of a thought that touches a fundamental peak in the articulation of eternal ancient questions.  He states that “all identities are but simulated, produced as an optical effect, through a deeper game that is that of difference and repetition” (Deleuze, 2014, p. 4). This “game”, which corresponds to a real ontological structure of manifestation and perpetuation of being – as becoming – revolves around two concepts whose foundations rest on the abyss that is the indeterminate. The “dressed” repetition, which is not identity, that is, it is not intended as a repetition of the identical in order to reaffirm it, is configured as a return of difference in the form of the entity. The entity – which is difference because it is not being but a single instance, and it is beginning, because the being manifests itself in the entity as different – is affirmed as an entity thanks to the repetition of the difference. The multiplicity of entities is explained by the repetition of the difference of one entity from the other. The difference is in itself, the constitutive character of the world, as is the repetition of that difference. The latter is not such if it has a relationship with an identity. It is difference only if it arises from the abysmal indeterminate. The Moon is not such because “it is not the Sun”: it is such because it is Moon, different from what is not Moon and affirmative of such difference because it is an irreducible singularity.

Victor Segalen was a doctor. At the same time, he was one of those personalities impossible to circumscribe. Segalen treated patients, traveled, wrote, and hated everything exotic. The exotic, says Segalen, is a rotten concept, and it makes the objects it covers rot. The exotic is the different, but seen through the eyes of the tourist, crossed by the visitor’s legs, collected by the hands of the colonizer. The exotic is a way of relating to difference. The text transposed here, at the top of this writing, clearly shows Segalen’s position, and power. He speaks of the exotic, of exoticism, as a sensation – that is, the sensation of the encounter between the outside and the inside. Between the inside and the outside. Of what? Knowledge, one might say. It is a definition of the dance that takes shape between the unknown and the known. Palms, chariots, aborigines dressed in animal skins and banana leaves, pagan gods, horizontal family structures, codified languages, irreconcilable looks. All this, Segalen says, does not pertain to a spatial distance, nor only to a temporal distance. It pertains to a sensation, which is the sensation of this distance – and this, finally, cannot be touched or healed: it is a furrow that constitutes the world.

Segalen speaks of exoticism as “the notion of the different; the perception of the Different; the knowledge that something is not itself; […] the faculty of conceiving something else”. The Essay on Exoticism, from which these words come, is a set of notes written from 1905 to 1914. It was never anything more than a project, at least until 1955, when it was published thirty-six years after the death of him who had written it. The tenor of Segalen’s reflections has little to do with those of Deleuze, since even the very life of the former does not share much with that of the latter. Deleuze rarely left France. Segalen could only travel. And yet both of them, sign of a spirit of the time that wanted the matter to be tackled through fine thoughts and masterly styles, treated the theme of difference as the theme. And what did they mean by talking about difference? They wanted to declare the obsolescence of a whole system of references.

References (for part I)