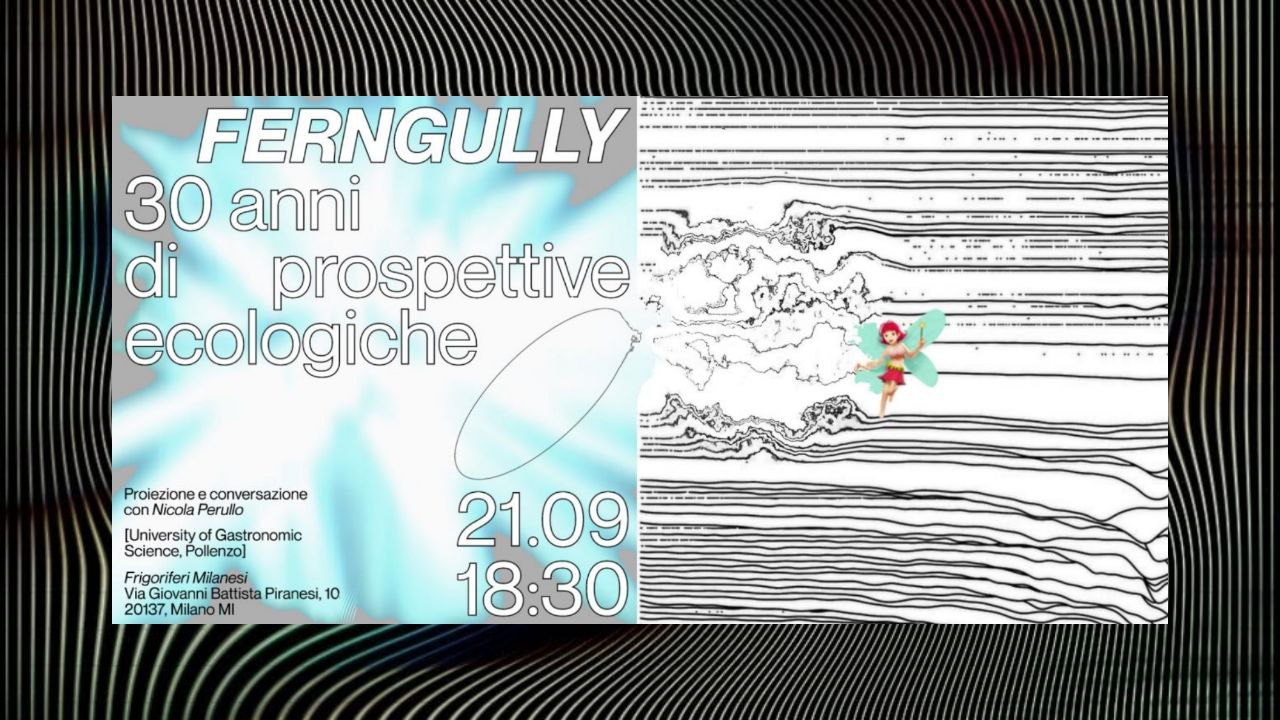 On Wednesday, Sept. 21, at 6:30 p.m., at the Carroponte hall of Frigoriferi Milanesi screening of the animated film FernGully (1992), on the occasion of its 30th anniversary, in its original subtitled version. After the screening, Professor Nicola Perullo will give a lecture aimed at contextualizing and complementing some of the film’s main themes: ecology, environment, human-nature relationship.

Event realized thanks to the support of ACRA and the Italian Buddhist Institute Soka Gakkai.

Nicola Perullo is a full professor of Aesthetics and author of numerous works in different fields of philosophical research, from Vico to Derrida to Wittgenstein to the relationships between philosophy, food, taste and art. He currently teaches Philosophy of Food and Aesthetics of Taste at the University of Pollenzo and has been a visiting professor at numerous Italian and foreign institutions. He translated for Cortina “Correspondences” by Tim Ingold and published with Mimesis “Ecological Aesthetics,” on the relationship between human feeling and its environment.